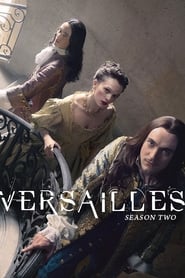 Versailles, 1671. Louis has completed the first phase of his project the building far from Paris, of the most beautiful palace in Europe where he will effectively lock up the nobility to exercise absolute control over them. Unexpectedly, his project turns against him. Versailles is riddled with corruption. Louis has created a new civilization, where the courtesans are desperate to get close to the Sun. Behind the rules of etiquette imposed on the court, they dream of elevating their social status, wealth and power. Any and all means of doing so are utilized which inevitably results in the deterioration of morality and the spread of dangerous and poisonous behaviour… Blinded by the love for his favorite courtesan, Madame de Montespan, Louis remains deaf to the Church’s injunctions. The greatest enemy that stands before Louis is no longer the nobility, nor Guillaume d’Orange, it is God who now threatens the Sun King.