Carl and Chesney’s attempt to outrun their troubles make them realise the grass isn’t always greener. Stranded on a Welsh farm they are offered sanctuary by a mysterious woman, Hazel. But things soon turn sour when news reaches them that they are now the prime suspects for Bonehead’s murder. Back home, Liam and Maxine seem to be the only ones concerned by their disappearance which forces Ian to confront Jimmy, the real murderer, in order to establish the truth. Elsewhere, Mickey and Liam have been picked by the council to make a local community film in the hope it will inspire the residents of Chatsworth now that their estate has been identified as the most run down in Britain. With Kelly and Shane’s help Mickey decides to stretch poetic licence in pursuit of glory, whilst Liam uses the competition as a cover to film evidence that could save Carl and Chesney from prison. Meanwhile, in a bid to better herself, Mimi joins the WI, but is humiliated and ostracised by the group, who make it clear she will never belong. In revenge, Mimi decides to pep up their annual calendar shoot with her own special mixture. 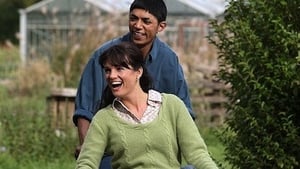