Mimi gets a toy boy, Billy the Jockey football team’s star striker, but her happiness is short-lived when she discovers her new beau is the not the man she thought he was. So when Billy tries to blackmail Mimi into continuing to see him, she decides to teach him a Maguire life lesson he will never forget. Shane and Kelly encourage Paddy to get back into the dating game; only to have their proposal rejected. Unperturbed, Shane rallies his brothers together and arranges a night out for Paddy. At the club Paddy’s embarrassing ‘Saturday Night Fever’ dance routine cause his sons to abandon him. Emasculated, he returns home where he finds his own opportunity to make a proposal. Elsewhere, Frank is temporarily blinded by bootleg vodka. Rejecting doctor’s orders to detox, the family take advantage of his blindness and set about turning his vices into virtues. Joe settles in as the new manager of the shop and in an attempt to make more money on the side, makes a deal with Shane. 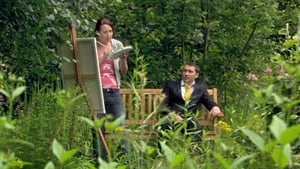