“Revenge” is the 22nd episode of the tenth season of the American police procedural drama NCIS, and the 232nd episode overall. It originally aired on CBS in the United States on April 30, 2013. The episode is written by George Schenck and Frank Cardea and directed by James Whitmore, Jr., and was seen by 18.29 million viewers. The story arc was initiated in January when secondary characters Eli David and Jackie Vance were killed off in a shooting at the end of “Shabbat Shalom”. Subsequent episodes featured Ziva David and Leon Vance’s efforts to find the killer, eventually revealed to be Eli’s protégé Ilan Bodnar, and exact vengeance. In the closing scenes of the previous episode, “Berlin”, Tony and Ziva are in a car crash instigated by Bodnar. “Revenge” focuses on the team’s hunt for Bodnar against the wishes of Homeland Security, culminating in Vance and Ziva finally getting closure when the latter kills him in a physical fight to the death. 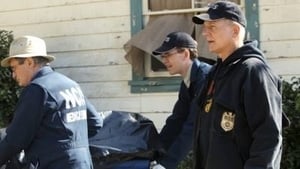