On 4 April 1977, Southern Airways Flight 242, a flight from Huntsville, Alabama, to Atlanta, Georgia, flies through a severe thunderstorm and is hit by large hailstones. Both engines of the DC-9-31 fail, and the aircraft makes an emergency landing on a highway in New Hope, Paulding County, Georgia. However, it collides with a gas station and explodes, killing 62 people on board and eight on the ground. Two more die later of injuries sustained during the crash. 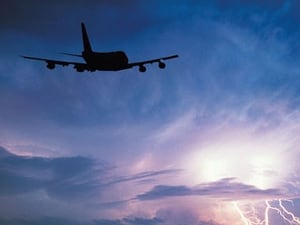