On 10 June 1990, the cockpit window blows out on British Airways Flight 5390, partially ejecting and injuring the captain through the hole. A member of the cabin crew clings to his legs as the co-pilot completes an emergency landing without any fatality. The captain is found to be still alive after being outside the cockpit for 21 minutes. The window blowout was caused by a maintenance worker installing incorrectly sized bolts during maintenance work. 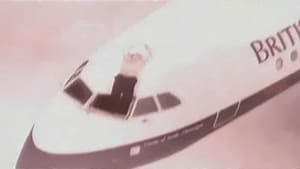