On 27 November 2008, an aircraft on a post-maintenance test flight operating as XL Airways Germany Flight 888T crashes into the Mediterranean Sea off the coast of France, killing all seven people on board. The investigators determined that improper maintenance work allowed water to enter the aircraft’s angle of attack (AOA) sensors. The water then froze during flight, causing the sensors to stop working. The crew tried to test the stall warning system during flight, and the aircraft entered a low-speed stall. 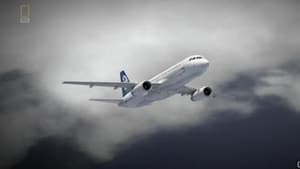