On 28 December 1978, the crew of United Airlines Flight 173 is preoccupied with a landing gear problem as the aircraft circles in a holding pattern in the vicinity of Portland, Oregon. It runs out of fuel and crashes in a sparsely populated area, killing 10 and seriously injuring 24 of the 189 on board. According to the NTSB, the pilot failed to acknowledge the warnings of the remaining crew regarding the aircraft’s fuel state, while the remaining crew failed to adequately communicate the situation. The NTSB recommendation from this event led to the industry-wide implementation of Crew resource management (CRM) protocols. 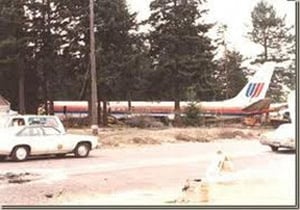